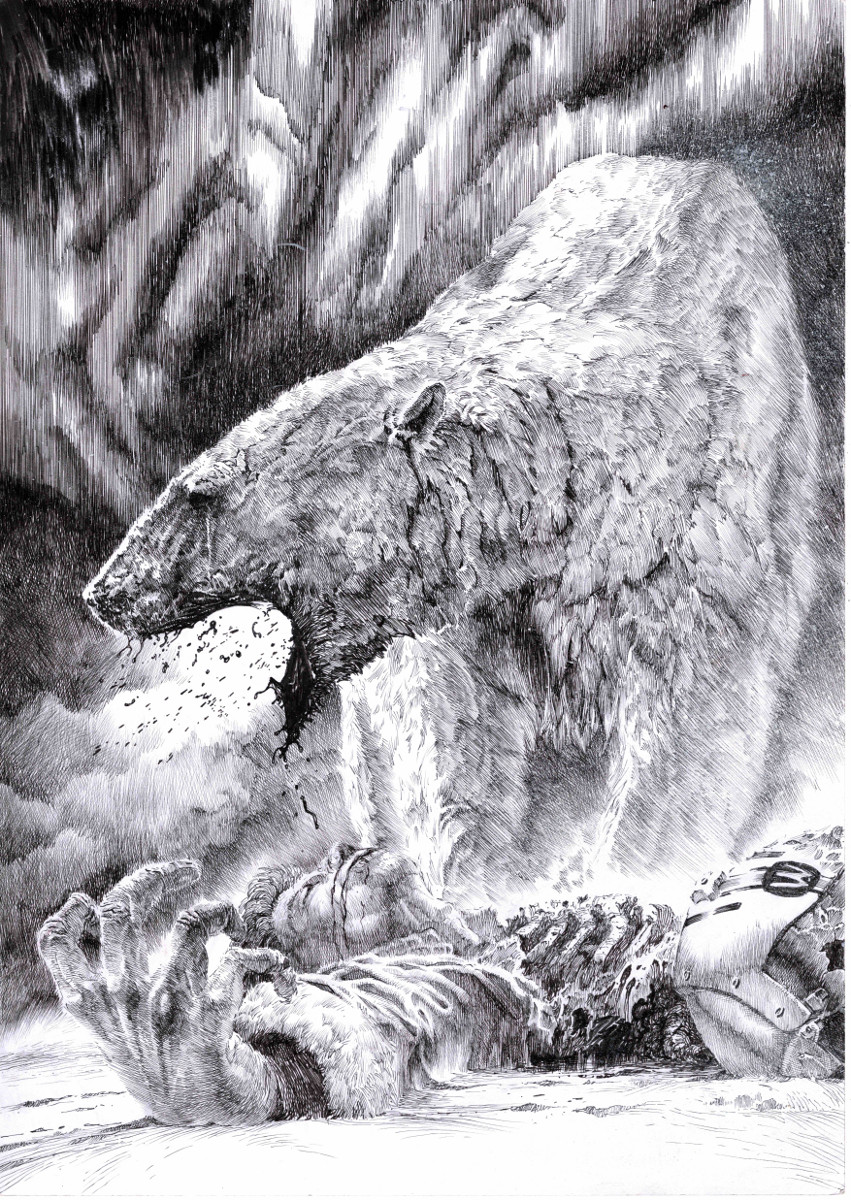 A less remembered star of 2000AD was Shako, a polar bear hunted by the CIA after it eats a radioactive capsule when the aircraft carrying the capsule crashes in the Arctic.

I felt that showing him eating the capsule would have been a bit silly so used some dramatic license to show him scavenging the aircraft’s pilot. I also tried to show the Northern Lights in the sky, which is quite difficult in pen and ink.