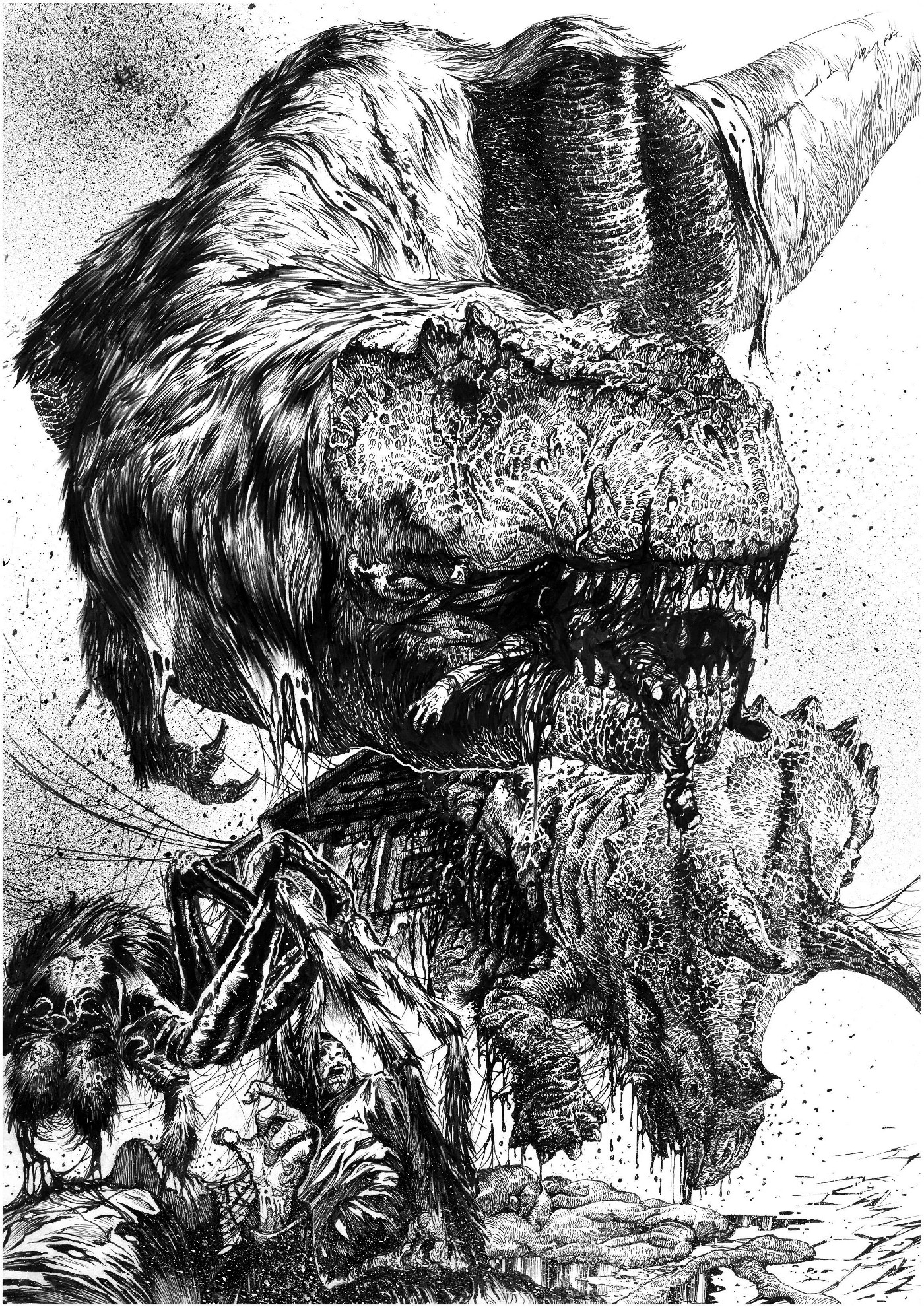 2000AD is without a doubt the vanguard of the UK comics industry; in its 40-year history, it has changed the face of comics not just in Britain but also the US. Its pages spawned some of the genre’s greatest creators; it also birthed legendary characters and stories. The one that had the greatest impact on me was ‘Flesh’, a series in which future humans go back in time to farm dinosaurs, thereby driving them to extinction. The unlikely hero of the story was the ‘hag tyrannosaur’, Old One-Eye. She leads an army a Cretaceous predators against the humans, overrunning the Trans-Time Base in an orgy of blood and slaughter. Many of the early episodes were drawn by Ramon Sola, the Spanish artist who had had such a impact on me while drawing ‘Hook Jaw’. For me, the ultimate expression of this came at the end of the first ‘Flesh’ series, when Old One-Eye stands triumphantly over the shattered remains of the human base – “She was the Greatest Monster of All Time.” She had defeated Man by dying of old age.

I was lucky enough to be asked to take part in the convention celebrating 2000AD’s 40th anniversary in February and to honour that momentous event I wanted to do my own version of that climactic moment in ‘Flesh’. I just updated the tyrannosaur to bring her into line with more modern thinking, giving her a downy covering.