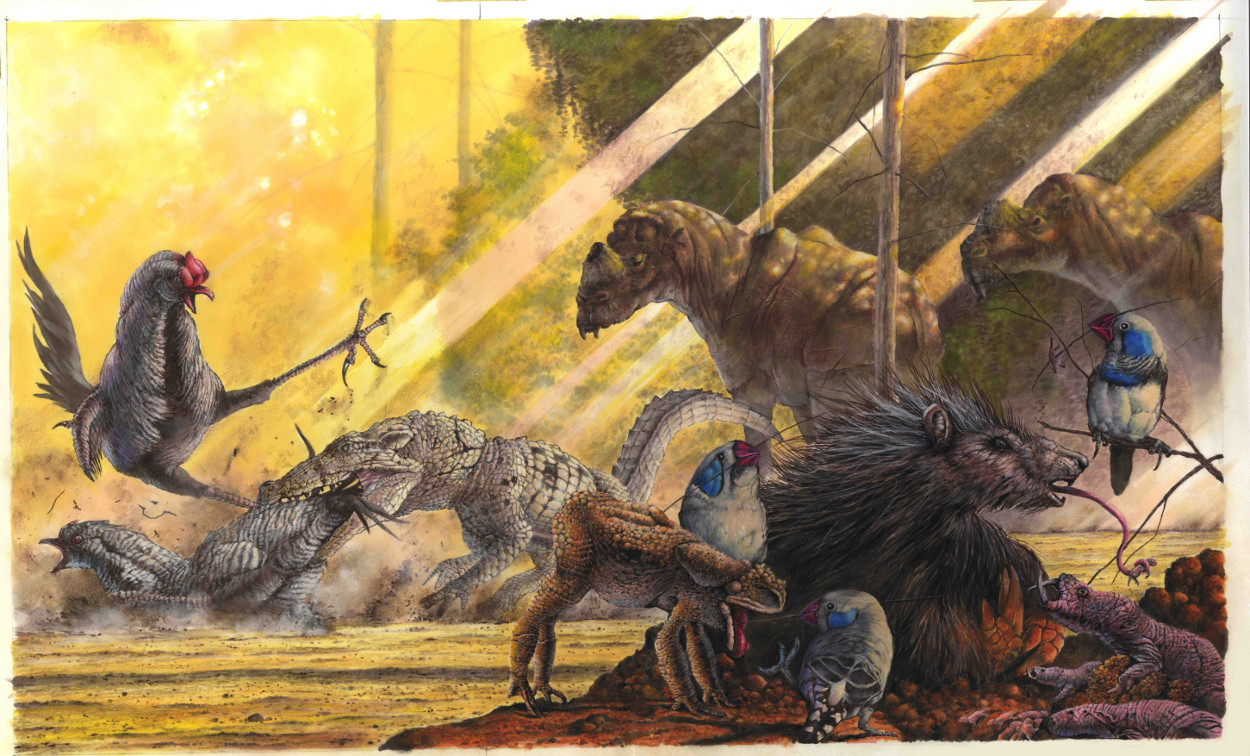 This was about A2 but can’t remember the exact dimensions. It was for a book on rocks and fossils published in Australia that was punctuated with artwork scenes of mass extinctions. This one was to show a future extinction, which required me to speculate on the animals that might be around then. I consulted with my palaeontologist friend Darren Naish (who now owns the original), an expert of speculative evolution. Inspired by his advice, the picture shows, in the foreground, a giant spiny rat tearing open a naked mole rat nest (based on Darren’s insights that they were developing along the lines of social insects). The rat has convergently developed a sticky tongue like an anteater to lick up the mole rats. Large finches cluster around the spiny rat to harvest the mole rats it digs up, using a stick to lance their prey. Another uses its tool as a spear to drive off a cane toad. In the bottom right is a soldier mole rat with giant incisors. Beyond is ‘panzer croc’ – a terrestrial, running crocodilian – attempting to grab a flightless giant hen, while the cock tries to fend off the predator (this was based on the fact that chickens are the most populous land-living vertebrate on the planet and would stand a good chance of surviving any future apocalypse). Similarly, rodents are very resilient and may be ready to fill a number of evolutionary niches, in this case, a pair of ‘Pachybaras’ – giant, elephantine capybaras whose scent glands have formed the basis of a large nasal horn core.